A playful way of learning 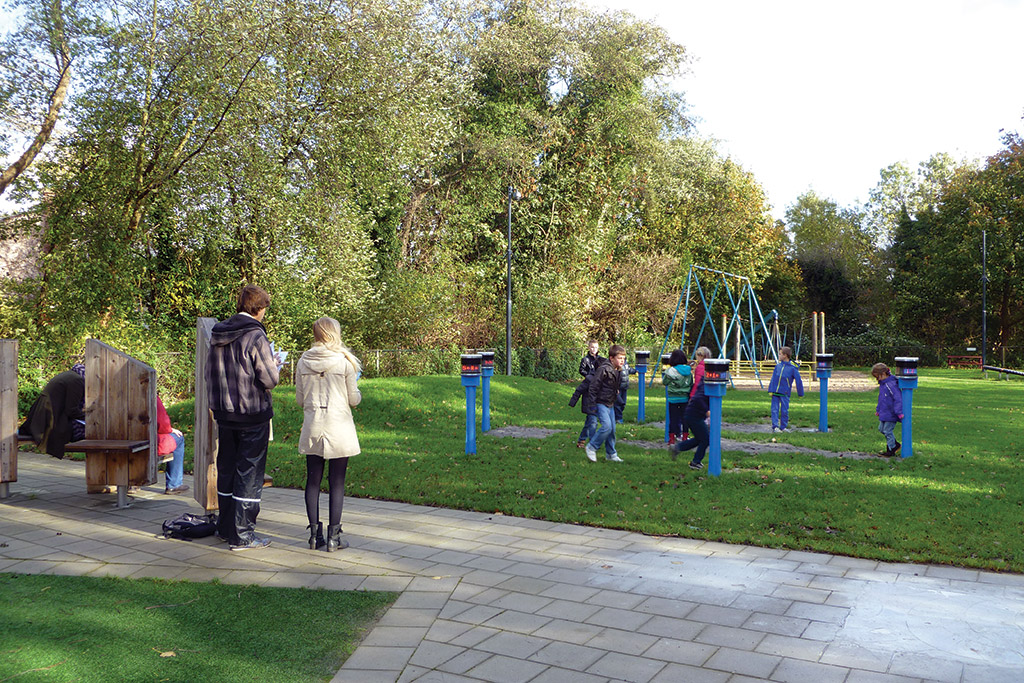 Serous Gaming – later renamed as Memo – consists of seven poles on a soft playground floor. The top part of the poles is sensitive to touch, and can respond to the players through a LED display. By touching one of the icons on the LED display on the central pole the children can select a game to play. This pole has speakers, to respond verbally to the choices the players make and to explain the game they have chosen. Some games are also supported by music coming from these speakers. Depending on the game and the rules the children move, or even run between the poles. A playful way to combine movement and learning. A first prototype was installed in the FieldLab Delft, tested by TU Delft mainly by means of observational research and later replaced by an improved prototype. By now Yalp is selling Memo as a product.