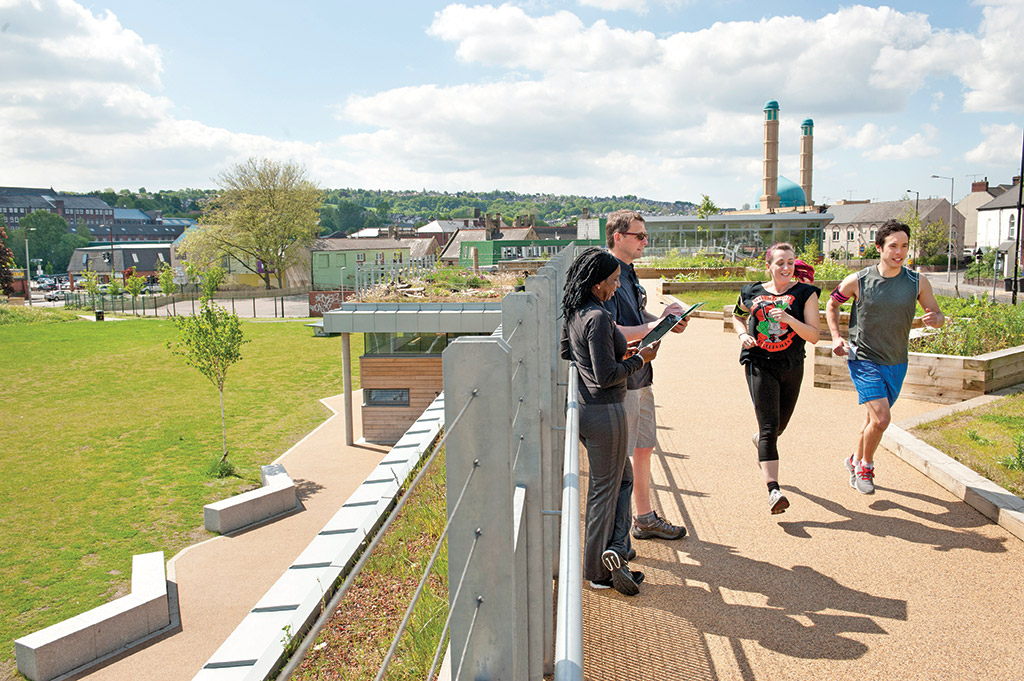 The initial focus of Sheffield FieldLab has been on finding innovative ideas to encourage outdoor fitness and exercise in two target groups, primary school children, and the 50+. By the end of summer 2013 innovative outdoor fitness equipment was bought and a novel timed running loop for the track surrounding the park was installed. Runners can wear a band for data registration and a LED screen shows their time. Data are also collected for research purposes.

FieldLab monitoring equipment and systems for all ProFit FieldLabs were mainly developed by the Centre for Sports Engineering Research at Sheffield Hallam University. Therefore, the Sheffield FieldLab has been the primary development site for these systems, which were rolled out to the other FieldLabs after completion.

At the Lowfield Park six high-definition pan-tilt-zoom cameras have been mounted on the floodlight columns for the 3G pitch. These provide a 360° view of the park, and can be positioned to focus on any area specific to a research project. Smartphones have been adopted as sensors for monitoring user movement in the FieldLab, making use of the internal accelerometer and GPS sensor. Camera and phone sensor data is sent from the phones via a local wifi network to a database in a local server at the FieldLab.